Genesis 6:3
“And the LORD said, My spirit shall not always strive with man, for that he also is flesh: yet his days shall be an hundred and twenty years.” 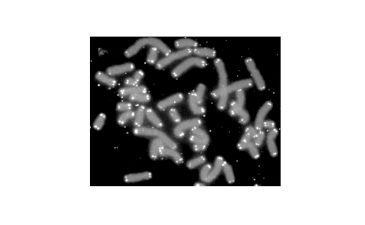 Before the Flood people were living hundreds of years. As man grew more evil, God declared that man’s lifespan would be reduced to 120 years. Modern biology has learned that we do indeed have built-in timers in each of our cells that limit the number of times they can divide. When enough cells can no longer divide, we die. We can even do things to speed up the timers.

The timers are called telomeres. However, every time a cell divides, a small part of each telomere is lost. When these telomeres are worn down to nothing, the cell no longer divides and soon dies. Researchers studied 58 healthy women between the ages of 20 and 50. All the women had children, but 39 of them had a child that was seriously chronically ill. Stress levels were measured through questionnaires while blood samples provided information about their cell health. Among other things, scientists checked for levels of an enzyme that maintains the health of telomeres. The mothers who saw their stress levels as high proved to have much shorter telomeres than those who reported little stress. They reported that cells from stressed women had telomeres that were as short as unstressed women ten years older.

Scripture tells us to cast all our cares on the Lord. Among the many blessings of doing so are healthy telomeres.

Prayer: Father, I cast all my cares on You. You have loved me through Your Son, Jesus Christ. I trust Your love. Amen.

In 2017, geologists studying the Transantarctic Mountain Range discovered several layers of tree stumps, with parts of the roots attached, in a matrix of leaf and twig debris. Their discovery is a textbook lesson in both how to do careful observational science and also how wrong conclusions can be drawn by using incorrect presuppositions. The scientists collected careful measurements of the dimensions of the stumps and also the tree-ring data to estimate the original age and height of these remains. They were also able to classify these trees as belonging to the genus Glossopteris, a type of extinct gymnosperm “tree-fern”, whose remains are found in many parts of southern continents.

This observational work was exemplary and should be imitated. However, they then proceeded to assume that there must have been five forests, growing one after the other, starting about 260 million years ago, in a leaf-mold type soil.

Biblical creationists look at the observations differently. The stumps have only partial roots, which are broken. This would indicate that the trees did not grow where they have been found – they grew elsewhere and were carried to this spot, and deposited. Therefore, there were not five growth periods – just one brief period of deposition of several layers, which probably took place towards the end of the Flood. The matrix around the stumps therefore comprises of Flood debris.

One again, the Bible makes clearer sense of the observed data and is consistent with the biblical history of the Flood.

Prayer: Thank You, Lord God, our Creator, for giving us the Bible. Help us always to start from biblical presuppositions whenever we attempt to make sense of this world in which You have placed us. Amen.

“Creation stands or falls on the Genesis Flood,” stated a creation geologist years ago. The fact of the Flood covering all the earth is undeniable. As described in Genesis 7,

In addition, 73% of the earth’s crust is covered by sedimentary rock laid down by the Flood’s waters about 4,500 years ago. Within these rocks are trillions of fossilized animals (mostly marine invertebrates) and plants—remnants of a world “filled with violence.”

Between Scripture and the geological-paleontological record, the effects of the Flood are clearly seen. There is, however, a third indication of this worldwide, devastating event—the universal flood legends recorded by all the major people groups of Earth. If “the world that then was, being overflowed with water, perished” (2 Peter 3:6), it would undoubtedly leave an indelible memory of the generations following the Flood.

As people groups spread and migrated after the Tower of Babel, they would carry with them the Flood story. Through the centuries, stories of the Flood were passed on to each generation via early patriarchs such as Joseph, Jacob, and Abraham, records that Moses had access to. As the years went by in some parts of the world, there would be editing and embellishments of the Flood event, but the basic story of judgment via a worldwide deluge, the preservation of a remnant in a structure, and the events directly afterwards would be preserved. The account of the Flood in Genesis comes from Noah himself and is written and edited by Moses and is not dependent on Near Eastern texts. Knowing this, a wise historian would search out similarities between Moses’ Flood story and the flood stories told in other cultures.

Nick Liguori is a civil engineer and an avocational researcher. He has applied his knowledge of biblical history to painstakingly put together a compendium of Flood traditions from North and South America. His book Echoes of Ararat Liguori shows the reader that the critical opening chapters of Genesis are true and historically accurate. Such Flood traditions have been found to be even more prevalent than was originally thought, offering Liguori’s book as a fresh new resource for those interested in Flood geology and early biblical history.

A brief sampling of stories recorded by Nick Liguori are:

The water grew higher and higher until all the earth was covered . . . A single family remained alive. —the Chimila tribe of northern Colombia

Then the waters went up, up and up, flooding all the mountains and highest hills and killing all that had life on the earth. Only one house had been raised over the waters, which had covered all the species of animals. —Mayan ancestors of the Jakalteks of northwestern Guatemala

They have a tradition of the floud [flood], that all the world was once drowned, except a few that were saved, to wit, about seven or eight in a great canoro [canoe]. —Rev John Clayton (d. 1725) recording the narrative from the Powhatan tribe of Virginia

Very long ago there was a great flood by which all men and animals were destroyed, with the exception of a single raven. —the Kootenay people of southeastern British Columbia