“A different form of attack upon the Scriptures, which may be described as Rationalism, was developed in the 19th century. Rationalism set aside Revelation, assuming the sufficiency of the mind, or Reason, to enable man to find out truth and to attain to the highest good.

The unprecedented progress made in scientific knowledge not only gave valuable insight into the works of God in Creation, but also stirred in some minds a desire to explain creation apart from God. This made it necessary to prove that the account of the Creation given in the book of Genesis did not spring from Divine inspiration, but from the ignorance of men, who, living before us, were presumed to have known less than we do. As fresh discoveries were made in the illimitable field of Nature, theories were founded upon them which were said to be incompatible with the Genesis history and therefore to prove it incorrect. As further facts came to light new theories had to be formed, each displacing its predecessor, yet each in turn accepted on the authority of the learning of the men of science who promulgated it. The “Origin of Species” published by Charles Darwin in 1859 is an important landmark in this development of thought.

Those who accepted the view that there had been no creation, of necessity lost the knowledge of the Creator. This involved the loss of all revealed knowledge, for the revelation of God through the Scriptures begins with Creation as the work of God, without which there could have been no Fall of His creature, Man; and neither need nor possibility of man’s Redemption. Consequently, the new theories evolved from the minds of men who discarded the Scripture teaching of the Fall, replacing it by constantly changing theories of the development of man from a lower form of life. The experience of Salvation and the hope of Redemption became incredible on the basis of these teachings, and whatever vague promises might be held out to the race, the individual was left without hope.

Although in the minds of the multitude evolution has replaced God the Creator, so that many trace their ancestry from beasts rather than from God, and are ignorant of God as their Redeemer, yet not all, even among those recognized as the most eminent men of science, have followed this teaching. It would not be correct to say that increase of knowledge of the facts of Nature necessarily leads to disbelief in God or in the Scriptures. Many have found that the more they have learned of the works of God in Creation the more they have appreciated the consonance of this revelation with that contained in the Scriptures. Indeed, the assertion so often and so eagerly made that no modern, intelligent, educated man can believe the Scriptures, is without foundation. It is not a fact that the more people know the less they believe, nor yet that the more ignorant they are the more faith they possess.

Rationalism is largely due to the failure to recognize that man is not only mind, but mind and heart, and that the mind always serves the heart. The heart, which is the character, will and affections, and is the seat of experience, uses in its service the mind, with its intelligence and reasoning powers. The heart of the natural man uses his mind in order to justify his unbelief in God and in Scripture by finding countless reasons for complaint against God, and contradictions and errors in the Scriptures, but if this same man has an experience which brings him to see his sinful state, his need of salvation, and Christ is revealed to him, then his heart — that is his will and affections —are captured; they go out to Christ in faith as Saviour and Lord, and the Divine and Eternal Life is communicated to him, as it is written: “that whosoever believeth in Him should not perish, but have eternal life” (John 3:16). With that his mind, though neither more or less capable, intelligent and instructed than before, enters into the service of a changed heart, finding truth and beauty and revelation in the very Scriptures which it formerly despised, and discovering in the ways of God constant reason for thanksgiving and worship. Saul the persecutor, changed to Paul the apostle is a striking illustration of this.

Genesis 1:31
“And God saw everything that he had made, and behold, it was very good.” 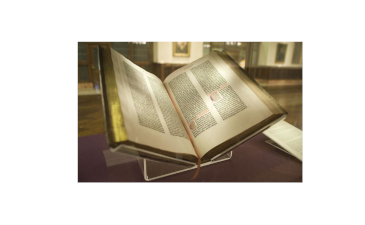 C.S. Lewis suggested that those who deny the supernatural can still believe in a god of sorts. He said:

The great interlocking event called Nature might be such as to produce at some stage a great cosmic consciousness, an indwelling ‘God’ arising from the whole process as human mind arises (according to the Naturalists) from human organisms…. What Naturalism cannot accept is the idea of a God who stands outside Nature and made it.

One Christian evolutionist has maintained that Christians who are scientists do not mention God in their research papers, because there is a long-standing tradition against partiality in science. It follows that his scientific research does not start from God, and does not start from the Bible.

While he maintains this as a virtue, it suggests to his readers that nature is all that there is; there is nothing outside of science that science cannot, or will not one day be able, to explain. Yet he believes in God, and is a member of a Bible-believing church. This gives the impression that faith is a bolt-on. It is not part of reality. Therefore, the god who is implied is not the supernatural God of the Bible, despite the claims of such people that this is the God in whom they believe. Instead, the impression is given that nature is all that there is, so God must be a natural god arising out of creation.

This is why the first few words of the Bible are so important. “In the beginning, God created…” gives the correct context for everything else that we read in the 66 books.

Prayer: You put everything in place, Lord God. You created it all from nothing. We praise You that only in You can everything be understood in its place. Amen.