One of the most significant and unsung verses in the Christmas Story and maybe in the New Testament is Luke 1:11.

An angel of the Lord appeared to him, standing to the right of the altar of incense.

This is the moment that God broke through after 400 years of silence, after allowing the rampaging and devastation and defeat of His chosen people, and after allowing Judaism to become a ritualistic shell of itself. God broke through. God spoke. God set in course the events that would bring salvation to all the world in the person and work of Jesus Christ.

The before and after of this verse goes like this: An aging Priest named Zechariah got the opportunity of a lifetime to offer incense in the Temple’s sanctuary. He and his wife Elizabeth, who was never able to have children, and now was well along in years, made arrangements to fulfill this obligation. As he offered incense, God reached down and spoke. Unexpected events, unexpected people involved, unexpected announcement that Elizabeth would have a baby. That baby would become the way-preparer for the Messiah, John the Baptist.

This is the moment where God initiated the keeping of His Promises and Securing the Hope of all who believe. This is the moment that those caught up in this story saw their Hope Restored. What does Restored Hope look like? For Zechariah and Elizabeth and that group of ordinaries that surrounded them on this day, it looked like this:

The Pathway to Hope Again:

1. Recognition that God’s Word is still true. The prophecy of the coming Messiah and the Way-Preparer IS TRUE! And in the coming days, 100’s of other prophecies would be fulfilled in the coming of Christ. For Zechariah, this was no longer just stale religious ritual, but a dynamic voice, capable of restoring hope and bringing change.

2. Recognition that God can still use even me. The sun was seemingly setting on Zechariah’s life and ministry, but God broke through and gave he and Elizabeth a place of prominence in the Gospel story. God is never finished. He gets the last word on our significance.

3. Recognition that God can still accomplish the impossible. Elizabeth’s barren womb and old age would be no obstacle to God’s will and God’s promise being kept. Neither will any obstacle that we face in life and leadership. Nothing will be impossible with God (Luke 1:37) will be a core belief of the hope-filled believers.

Maybe this Christmas, you find yourself with lost hope or deferred hope (Proverbs 29:13). Ask God to break through again with these three truths. You can Hope Again. His Word is True. He’s not finished with you. He’s still doing the impossible. Hope Again. Believe Again.

Father, restore our hope through demonstrating the truth of Your Word. Show us that we are your instruments until the day we die. Open our eyes to see the possibilities of your power and your promise.

Oh! what a glorious thing it must be to get out of the body, — I mean, a body that has grown to be sixty years of age, and that has been stricken with paralysis, and that has been upon the verge of death for many a month, — what a joy it must be to be quite clear of it! We do not know what it is to be undressed of this body; but there must be a wonderful freshness to the unclothed spirit! And what must it be to be free from all doubts and fears, and all tendencies to sin of every sort, and to be absolutely perfect? And then, what must it be, in the midst of ten thousand times ten thousand kindred spirits, all joying and rejoicing in one common, glorious God, and in the Christ whose life shall be the light that shineth over all? I warrant you that five minutes in heaven is better than Methuselah’s life on earth, even if spent in the highest happiness that life here below can afford. Oh, how our brother Mills would chide us if he could look back, and see us weeping! How he would reprove us, and tell us that the best thing that could have happened to him had happened, and ask us wherefore we deplored it. —C.H. Spurgeon (from a sermon he preached at the funeral of Mr. Mills) Source: Berean Call

Apostle Paul was looking forward to this day when he wrote: “we are of good courage, I say, and prefer rather to be absent from the body and to be at home with the Lord.” (II Corinthians 5:8)

Earthly pilgrim, are you looking forward to that day? We are just passing through this old world on our way to the new heavenly Jerusalem where God, the holy angels and all the saints dwell. The precious blood of Jesus has made the Way for us.

We will arrive there on His schedule. The apostle John said “and everyone who has this hope fixed on Him purifies himself, just as He is pure.” (I John 3:3)

Let us be purifying ourselves in body and spirit.

Look forward to seeing you on that day. 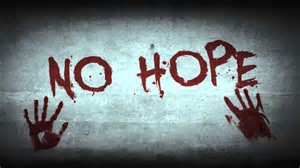 A few weeks ago I visited a local church to hear a friend share about suffering as a Christian. During the Q&A that followed, a middle aged woman asked how she was to cope with the sucides occurring in her family circle and among her acquaintances. There had been four in a short time, maybe less than a year.  The latest was a forty year old man who committted sucide only two weeks ago.  She had only recently come to Christ.

This discussion reminded me of Paul’s comments to the Ephesus Christians about their condition before they became Christians. He said

“…you were at that time separate from Christ…not having hope and without God in the world.” (Eph. 2:12 NASB)

This is one of the saddest statements in the whole human vocabulary when we  understand the implications.

The world is satan’s kingdom. The night Jesus was betrayed by Judas, who satan had entered (John 13: 27), He told the disciples “The ruler of the world comes and he has nothing in me.” (John 14:30).  To be in satan’s kingdom without God on our side is a very dangerous place to be. We are satan’s slaves, on the way to destruction until we are born again.

People who do not know Jesus Christ as Lord and Savior have no hope.  What a deep, dark abyss to find yourself in.  Add to that the demonic torment in the mind telling you that “you are hopeless, no one cares about you, you’ll never amount to anything, you can’t do anything right, look what you did!, God could never love someone like you”, and finally, “you may as well kill yourself and “escape” from this rejection and loneliness”. Then they find themselves in a Christ-less eternity.  Is it any wonder people are depressed and hopeless, taking their own lives?

This also describes us before we came to Christ.  We were without a Messiah in an evil tyrant’s kingdom. We did not know the Deliverer.  No One to redeem us from the slave market of sin. Flying solo, deceived by the powers of darkness. Headed to eternal torment.  Thank you Father for saving us out of this horrible, hopeless situation!

Why don’t you and I be a witness today to someone who is  without a Messiah, without hope and without God in the world. Let the “rivers of living water” flow out of us today on to someone’s parched, hopeless life.  We can share the Messiah with them. He is the God of hope (Romans 15: 13).   Tell them God considers them so precious that He sent His only Son to die for their sins! Tell them He has a purpose for them existing and that He will conform them to the image of His Beloved Son. That He is preparing a place for them in Heaven and will come and get them one day. Hold forth “confident expectation of good” (biblical hope) to them if they will repent and believe in God’s Only Son.

Pray for the lost. Give someone a gospel tract or Gospel of John.  Take your authority as a child of the King and be His ambassador in the earth today and every day.

Be “…children of God above reproach in the midst of a crooked and perverse generation, among whom you appear as lights in the world, holding forth the word of life…” (Phil. 2: 15-16 KJV)

Thank you for your time.

“…fix your hope completely on the grace to be brought to you at the revelation of Jesus Christ…” (I Peter 1:13 NASB)

To Him who saved us by His grace and is able to keep us from stumbling, be all the glory before all time and now and forever!  Amen.